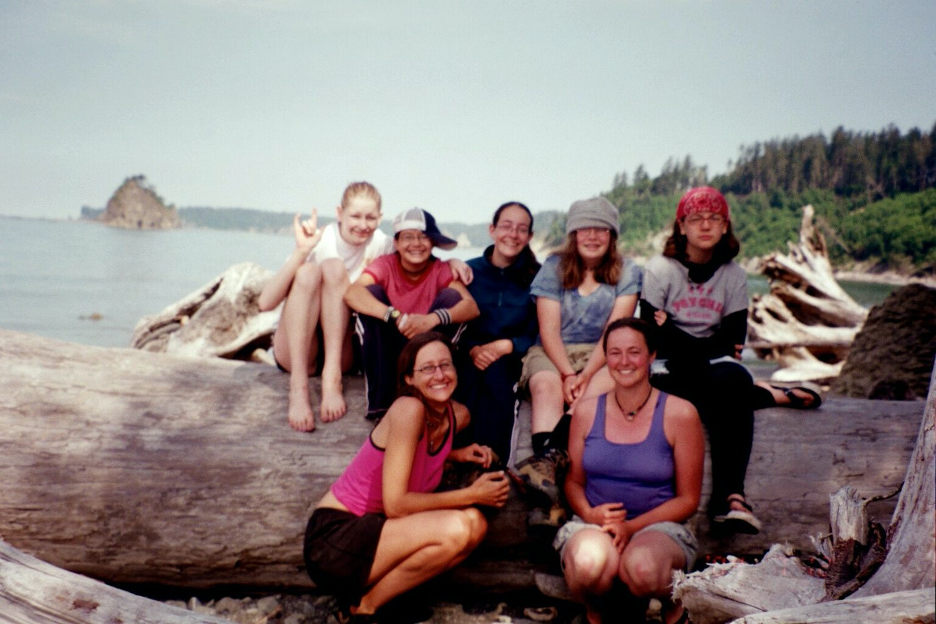 In the summer of 1968, the “Sixth Grade Trip” took four junior high students on a month-long trip from Chicago to the eastern US – and the tradition began. Each year, the journey was invented afresh, traveling to Canada, hiking the Appalachian Trail, camping in the Colorado Rockies, and visiting the Crow Reservation in Montana.This April 1975 report anticipated an intense camping trip. In 1981 the junior highs went to Mexico where they participated in a dramatic ritual of transition on the top of the Pyramid of the Moon. In 1982 They went to the Boundary Waters for four and a half weeks in 1982, followed in 1983 with a trip across Canada to the northernmost tip of Newfoundland.

Following the sixth grade trip, junior high students spent their 7th and 8th grade years in a residential program called the Student House.  A Practical Manual of Operations was created n 1980. The theme of the Student House 1981-1982 Yearbook was “Telling Our Story.”  Here Fred and Nancy Lanphear tell stories about their years leading the Student House in Chicago as well as the following year experimenting with the House School House. Celebration 10 was held in July 1983 celebrating ten years of the Student House (with Shelley Hahn witness). Patricia Scott wrote about Student House experiences in her thesis, An Inquiry Into the Effects of Socialization in Student House

Spending one’s ninth grade years as A Year Abroad was a rite of passage to experience the world and independence before  entering high school.

Rite of Passage Journeys became an independent organization in Fall 2006 in Washington State as a non-profit corporation. Here the Journeys story from the beginnings until the present is summarized by Darcy Ottey, Executive Director, and her daughter, Edith Kusnic.  Rites of Passage now include programs for youth, adults, leadership and community.  Click on Rites of Passage below to go to the website: