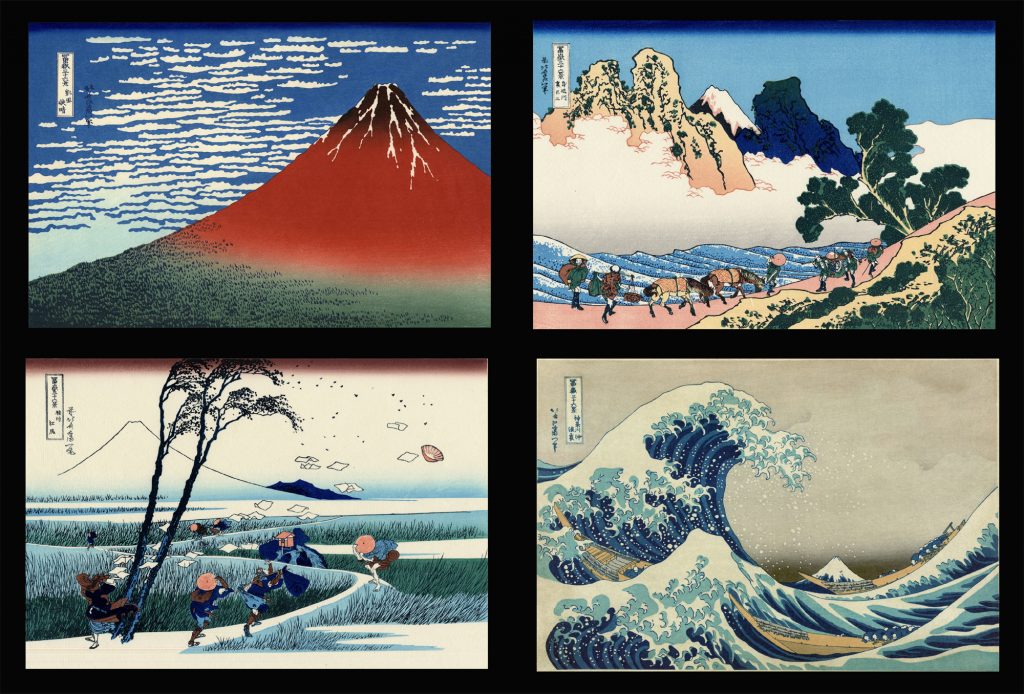 On the way to the play we stopped to look at the stars. And as usual, I felt in awe. And then I felt even deeper in awe at this capacity we have to be in awe about something…. I decided I would set time aside each day to do awe-robics.

“the Other World may be the most crucial key there is for actually turning on the processes that will snowball the arrival of  a new web of relationships that define society.” Joseph W. Mathews

What is the Other World in the midst of this world?

The Other World in the midst of this world is a metaphor for experiences of transparency which happen in our daily lives: awe experiences of fascination and dread. It may come as a tingle, a shudder, a strange silence, horror or wonder.   When awe impacts us, there is an accompanying state of being. And states of being are often expressed best through poetry, song,and metaphor.

Transparency resembles holding a match under a piece of paper. First there is heat; then the paper turns brown till the flame pops through. A hole appears, and we see through the paper to what lies beyond. Sometimes we can feel a hole forming before we can see it.

The Other World imagery breathes awe into our lives in the midst of a one-story mythology.  For myth to be effective it needs to anchor time, space and relations in an integrated way that intensifies people’s understanding of their lives as significant. Today for many people there is a disconnect between two-story mythologies and their life experiences.  The photo of the earthrise is a symbol of this new mythology coming into being. 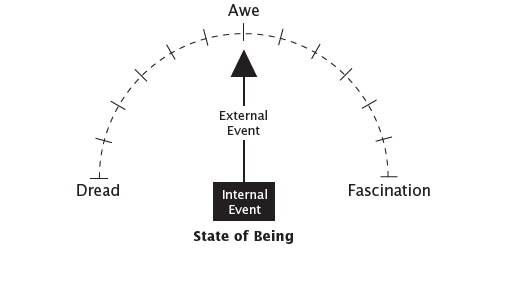 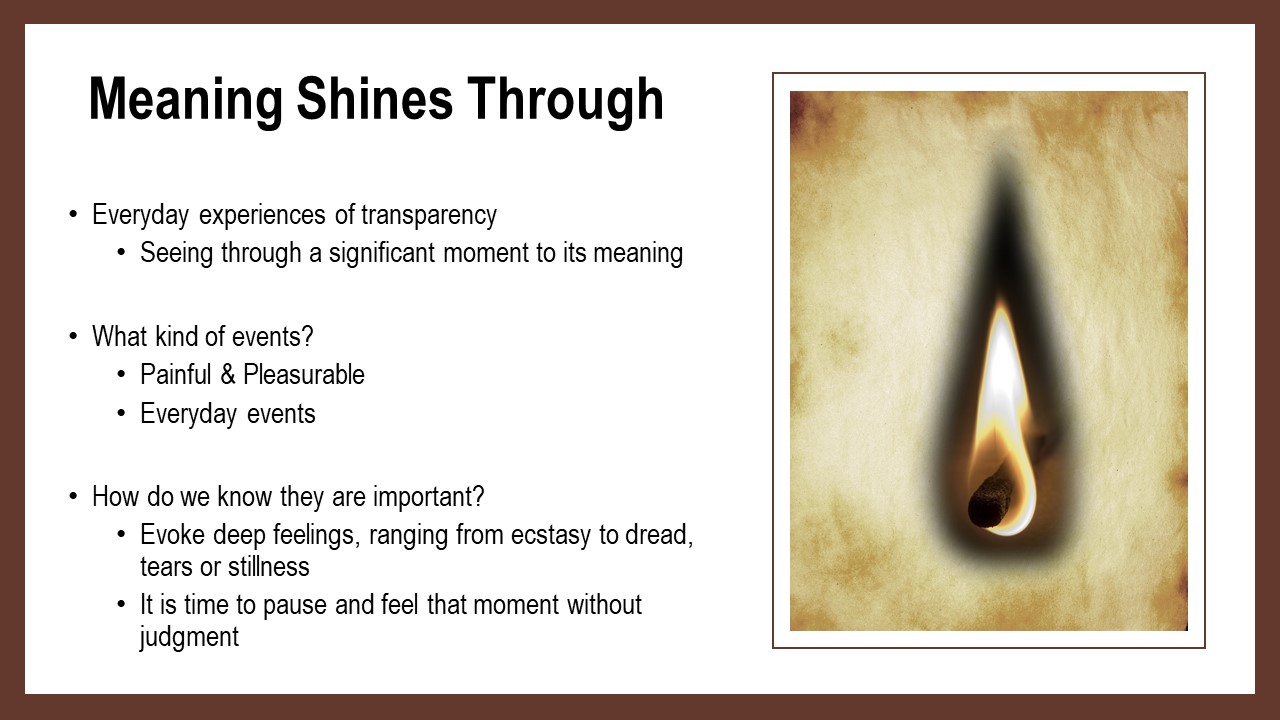 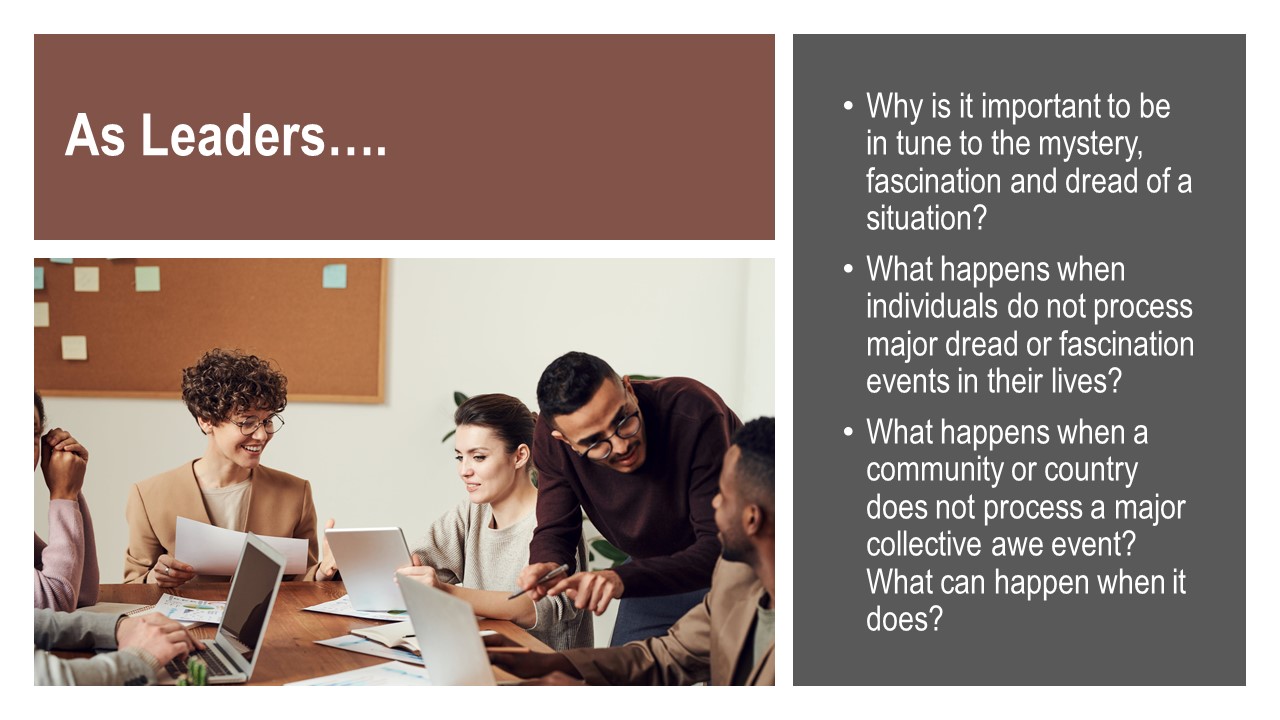 Explore the applications of the ‘Other World’ in present times

Video demonstration of Chapter 11 can be seen here (uploaded 2021)

Below is a YouTube audio by Nelson Stover speaking about the Other World.

Explore the 2020 series by Nelson Stover, “A Fresh Perspective“

Other World enables one to explore the depth meaning of a situation in a cross-religious, cross-cultural situation.

Learn more about the Other World

The Other World Charts

An interior map such as the Other World charts can tell us where we are and whether or not we are lost. It gives us some guidelines for staying on track, even if the track is rough going. Most helpfully, it establishes for us that, even when we’re in unfamiliar territory and wondering about the place, people have been here before and have found this experience good.

Many times we experience things in our lives that we don’t have a handle or “handhold” for.    There is a need to create models of care for one another during these experiences. These charts help us to affirm these experiences instead of passing them off with a shrug.

The metaphors used in the charts give us poetic language and enable us to create our own poetry about our experiences.

The Other World’s poetic topography was delineated as four areas: The Land of Mystery, The River of Consciousness, The Mountain of Care and The Sea of Tranquility. Each area was further categorized into 4 treks with descriptions of 4 states of being in each trek, 64 states of being in total.

VI The Creative Existence: I am Creativity (Aimee Hilliard, 1972)