The Academy for Global Churchmen was an eight-week residential journey, during which participants became a community of learning –  teaching, working, living and celebrating together in an environment of international collegiality.  People from all around the globe participated. The Academy represented many years of experimentation in education.

The summer of 1965, 100 students gathered to engage in a unique summer experience of education for vocation as well as service to the impoverished inner city. Later, the Academy was accredited by more than 50 colleges, universities and seminaries. To see the brochure that called these students to participate, click here.

The Academy was global in context, local in application and inclusive in scope. In 1970, with the birth of the Local Church Experiment (LCX), the Academy began serving as a training arm of The Ecumenical Institute for equipping laity and clergy for work in local churches. The Academy was an experiment in education that took seriously the relationship of depth study and corporate life.

The first Global Academy was taught in the fall of 1968 with twenty participants. David McCleskey was Dean and the faculty members were Joe Pierce, Bill Alerding, and Kaye Hayes. For the summer program in 1969 seven academies were taught simultaneously, an experiment in mass education. In 1970, with the birth of the Local Church Experiment (LCX), the Academy began training laity and clergy for work in local churches. Summer 70 focused on training the trainers for the Local Church Experiment. Latin American Academies were held in 1980, ‘82,’85, and ‘87. Academies were also taught in Australia and Europe. Program spinoffs that developed from the Academy include the PLC, ITI, HDTI, Neighorhood and Urban Academys. Betweeen 1972-83, 2,358 people attended the Global Academy. 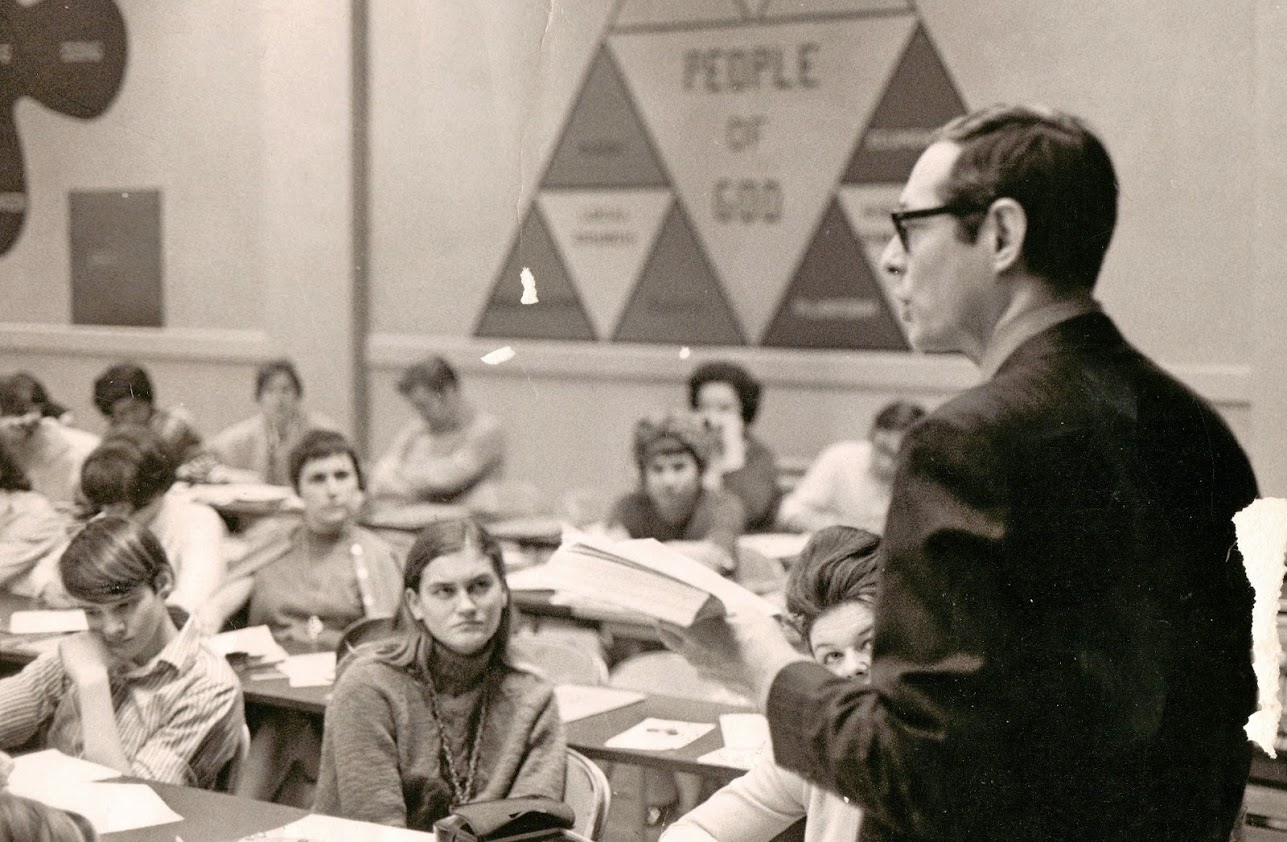 The curriculum focused on religious and cultural studies and practical (or social) methods. In a letter George West wrote from Lima, Peru, in 1992, he said,

“Most of the social methods were developed from what we learned in our experimentation in 5th City.  The intellectual methods came from work done in the Faith and Life Community in Austin. And the spirit, or motivational methods, were largely developed from material used during Global Research Assemblies.  There always seemed to be more content than we could get our minds around.”

The Academy used a wide variety of methods:

The program encouraged participants to think comprehensively about their personal futures in relation to the needs and possibilities of the world. Key questions that were raised for participants:

Academy participants became part of a world society in microcosm and often having representatives from as many as 14-20 nations. It provided a rich environment for personal change and a provocative challenge to find ways of living effectively in an interdependent world.

The curriculum of the eight-week academy was built on decades of research and experimentation ranging from study techniques to complex global analysis. Long-range planning, consensus-making, image communication, data organization, teaching and motivation combined to form a rich fabric of practical experience. The emphasis on skills was given depth and context during theoretical modules. Direct applicability was experienced during engagement modules.