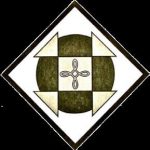 Council V of the Order Ecumenical

Research is done on Historical Orders. It grounds the concept and practice of “The New Religious” through experiments with the Ecclesiola, The Odyssey, The New Religious Mode (NRM) discourses, Luke, and Spirit Conversations. NRM, Solitaries and NRM Songs are developed and there is experimentation with the Canonical Hours. The local church auxiliary is affirmed and work is done on the spirit dynamics of the local church. (Dolores Morrill, The History of the Global Movement’s Assemble-ing, New York Region, 1979. [Italics added]) 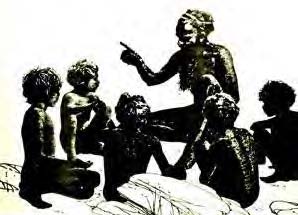 Room E is created as a research dynamic.

* Mowanjum (near Derby in the Kimberleys, Western Australia) was the first community after Fifth City to implement a full Community Reformulation program ( Jonathan Barker, April 29, 2015).

A highlight of our work was doing a consulting visit in the Spring of 1970 with the producers of Sesame Street in New York at their request, as they were looking for ways to develop a curriculum that would reach children living in economic poverty. They were amazed that a community based preschool would have such an advanced research-based approach to developing program. We as a team were using research from the University of IL, Harvard and Yale on infant development; which was complemented by the research work that I did on the Kibbutz-based Children’s Houses in Israel and on a orphanage in Tehran (Iran) doing research on infant intellectual stimulation (Elise Packard, May 2017).

The first houses were established in Montreal and Winnipeg, Canada, and in Perth and Brisbane, Australia (Brian Stanfield, 1993). Leadership teams called Troikas were assigned to each house. The first Global Odyssey was held during the summer.

First offspring of the 5th City experiment launched in the Australian Aboriginal community of Mowumjum and the community of Majuro in the Marshall Islands ( Brian Stanfield, 1992).

International Training Institutes were held in Ootacamund, India and in Hong Kong. Frequent UR parties were held. The first Vision, Contradictions, Strategies, and Tactics workshops were conducted at a 5th City Consult.

All of the Religious Houses participated in the CRRP (pronounced “creep”) during 1970–71. House members reviewed 2,000 (500 books, Stanfield, 1993) books in preparation for the 1971 Research Assembly. The summary sheets of each book or article were assembled into two 5″ ring binders.

“Everyone read books in the Economic, Political and Cultural arenas and summarized key insights. It was ‘edge’ stuff, but what we were really pushing for were the functions of each societal dynamic. We sent in the results of reading prior to the summer program where the results were tabulated and translated into the more detailed levels of the Social Process Triangles. I forget how many thousands of books were read, but I recall the excitement of being a part of such a huge and innovative method of social research” (Catherine Welch, 1992).

In the ’70s the Order:Ecumenical was a family order of 1,400 adults and 600 children of 23 nationalities. The Order formed the permanent staff, first of EI, then of ICA (Brian Stanfield, The History of ICA).