How Can We Describe in Words the New Society that is Needed?
Home / Global Archive Collections / Social Change / Our Grassroots Reinvention / Our Practical Vision
MENUMENU

Throughout history there have been times in which cultures have exploded with creativity, in which civilizations have flowered, in which people have invented society anew in a great upsurging of the human spirit. There is a sense of destiny about such ages, of recovery of the past and of responsibility for the future. Such an age led to the invention of the Egyptian pyramids. Such an age sent explorers around the world from Elizabethan England to found an empire. Such an age is our own, pulsing with human potential in the midst of seemingly anarchic collapse. What is demanded to release that potential is a practical vision of how such an age can be made manifest. Such a practical vision was invented by the Research Assembly of Summer ‘71 and Summer ‘72.

A Practical Vision of the New Social Vehicle.  Written from documents prepared by the participants in the SUMMER ’72 RESEARCH ASSEMBLY

Pierre Teilhard de Chardin saw quite clearly that we must consciously will the further stages of the evolutionary process.  Almost immediately this responsibility became too much for us to carry.  We live now in a moment of indecision, carrying the world in our hands, afraid of tripping over our own feet and letting it fall to its destruction.  Thomas Berry 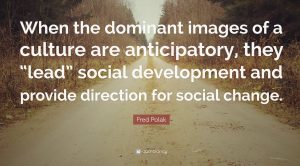 The Summer ‘72 Research Assembly began its work by drawing together the social proposals (created in July of 1971) which will benefit all different dimensions of the social process in a single whirling set of relationships. The five have been named the Five Nexus of Proposals:  Secularized Mythologies, Humanized Educations, Primalized Communities, Localized Polities, and Globalized Economics

I want to learn more about Proposal Nexus I:  SECULARIZED MYTHOLOGIES calls for a recreation of the mythological basis of society in a way authentic to secular man.

“Man makes sense out of the daily happenings which are his life by telling himself stories about who he is, where he has come from, whence he is bound and what it is he is here for. These stories carry mores from the past, values of the present and offer a sense of sureness as he moves into the terrors of an uncertain future.”  Read More

“The development of technology and the rapid influx of data in the twentieth century have resulted in a dramatic effect on society. Local man knows that he is better technically equipped than ever before, and yet, he senses that the depth meaning of his life eludes him. He is surrounded by data, but is bereft of wisdom. Wisdom, unlike data, is not transmitted. It is built as surely as the Empire State Building or the Parthenon. It is built out of the ultimate significance, the final human, meaning on which a society lives.”  Read More

I want to learn more about Proposal Nexus III:  PRIMALIZED COMMUNITIES demands the reconstruction of primal community in the midst of the fragmentation of urban civilization.

“A small town on the Mississippi River was suddenly threatened with ruin when the water rose to its greatest height in many decades. Not having taken the flood danger seriously, the town’s officials were unprepared for the rapid rise of the river. Just before the water reached the business district, men began sandbagging operations. The whole town joined the struggle and stayed with it all night and into the next day when the river finally crested.”  Read More

I want to learn more about Proposal Nexus IV:  LOCALIZED POLITIES designs authentic participation for every human being in the decisions which affect his life.

“A picture is taken of earth from the dark side of the moon. For the first time in all of history, men see their common environment from afar—a cloudy sphere floating in blackness, Quite suddenly every man is conscious that he is only one Man in only one community in only one nation on a planet that sustains three and a half billion other people. Civilization has entered the post-modern age of global awareness. There is only one world.”  Read More

I want to learn more about  Proposal Nexus V:  GLOBALIZED ECONOMICS insists that the present economy operate self-consciously for the benefit of the whole globe.

“Walk into the business district of any major city in the world, from Hong Kong to New York to Cairo, at about 8:00 am on a weekday morning, and you will see an amazingly similar scene. Great office buildings stand as stark and gleaming pillars, about which the rest of the city huddles, seemingly for support. Hundreds, thousands of businessmen in their dark suits, carrying briefcases, hustle past, secretaries rush by. All are heading for the diversity of business offices in the center city. Once inside any office, you will find recognizably similar metal or wooden furniture, office machines and accoutrements, lifestyle and roles. The world over, technology as it developed in the Western Hemisphere has “won” in every nation that it has touched. It has recreated every people which it has touched after its own image. There is no question but that we have a “globalized economics.” Globalization has in fact taken place through economic developments. The issue which this essay raises is, how might we appropriate and use that fact, rather than allowing it to master us by its sheer strength and power?”  Read More