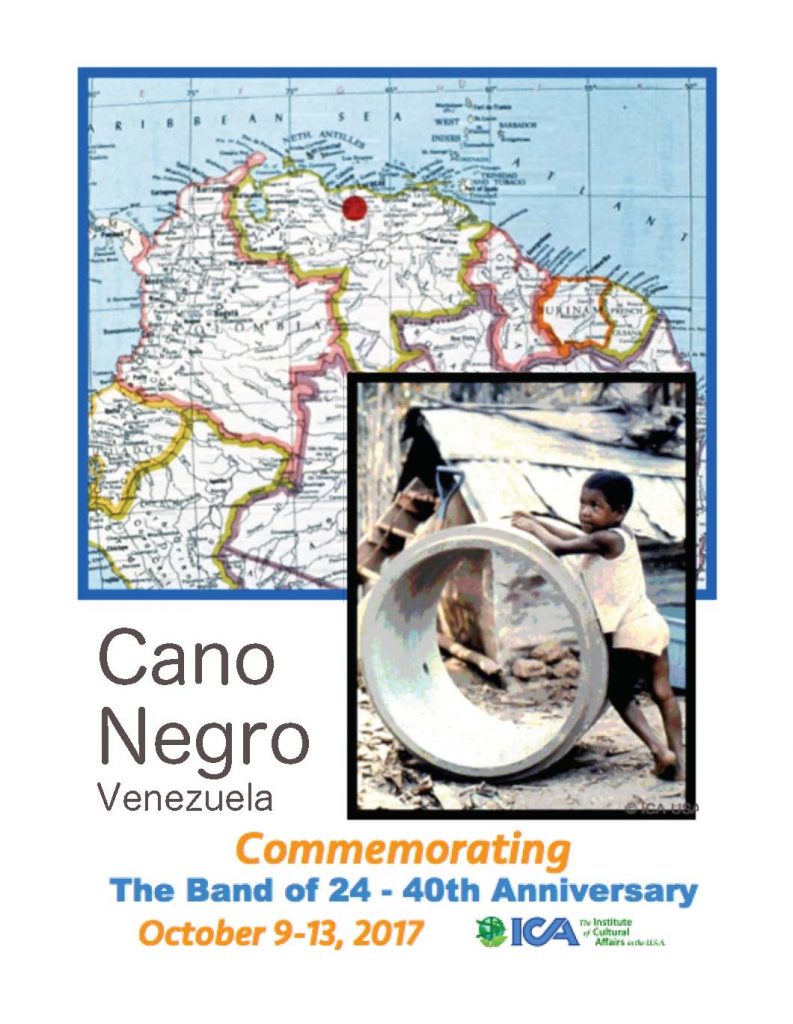 Caño Negro, a village of 250 people, 43 families in northern Venezuela in the state of Miranda, is located at the end of a dirt road three kilometers from the town of Tapipa. Caño Negro means “black creek”, and is named after the dark waters of the creek which bounds it on three sides. The people are descendants of black slaves.

The village is in a valley of lush tropical forests. This was traditionally a land of haciendas, raising cacao, first with the native Indian labor, then black slaves, and then sharecroppers. The village was founded in 1912, a collection of mud huts inhabited by liberated slaves. A law passed in 1948 made the sharecroppers independent farmers. An agricultural syndicated was formed in 1962 that somewhat stabilized the cacao situation. However, the traditional one-crop subsistence patterns of agriculture continued.

The average temperature is 28 degrees Celsius. There is a marked wet and dry season and limited fresh water supply in the dry season. The village is faced with a major struggle to break out of its isolation and tradtional patterns and to develop social and economic self sufficiency.