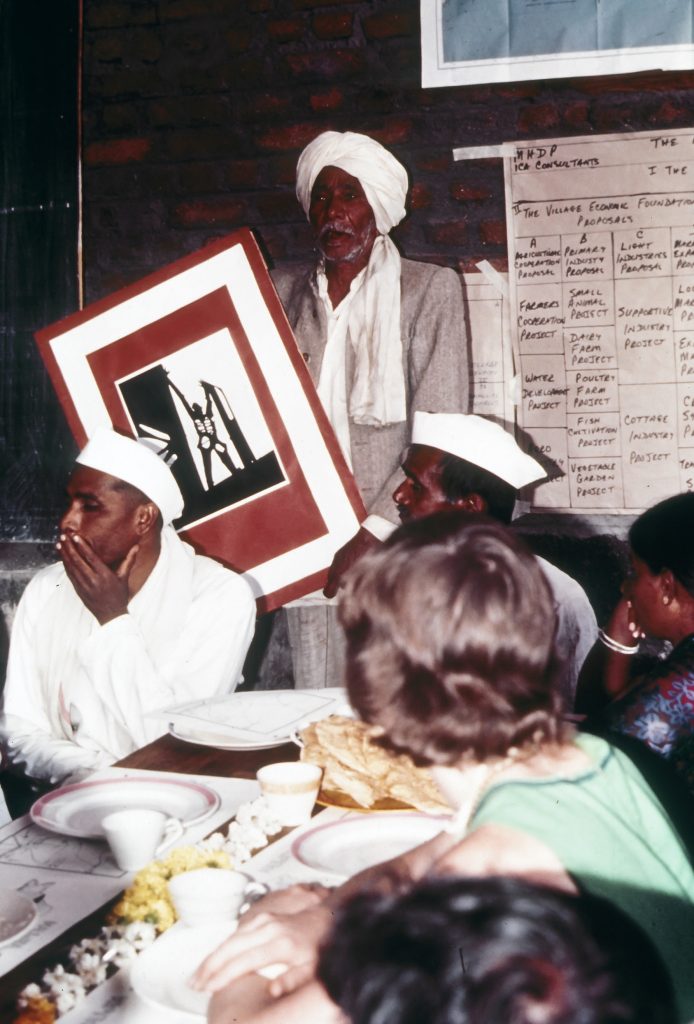 1.  PHILOSOPHY AND PRINCIPLES OF LOCAL COMPREHENSIVE HUMAN DEVELOPMENT.  Based on extensive research and it’s own experimentation the Institute developed workable principles for community development and community organization.  Dorothea Jewell described the approach for In Context magazine in a 1985 article, “Community Development That Works.  For a more academic overview, see “Methods for Community Development” Stuart A. Umpleby.  More on community development principles and a methods flow chart.

2.  THE BAND OF TWENTY-FOUR.  Within the space of two years, the Institute implemented a bold strategy to establish a visible sign of rapid local development in every time zone around the earth.

3.  LAUNCHING HUMAN DEVELOPMENT PROJECTS.  A refined process, from initial site selection to visible implementation of programs was developed which centered on a human development consult held on site in the community.  George Holcombe describes one.

4.  HUMAN DEVELOPMENT PROJECT ACTUATION.  Based on the premise of a three year timeline to visibly and measureably transform a community, it’s leadership, and it’s structures, these communities were laboratories for actuation.

5.  LOCAL SOCIAL DEVELOPMENT.  Structures for local preventive care through the development of local health care takers brought new hope and energy to the HDP communities, especially in the developing world

6.  LOCAL ECONOMIC DEVELOPMENT.  HDP’s claimed the promise of “tripling the village income” within three years — a challenging and daunting claim that integrated efforts in local agriculture, industry and commerce. http://wedgeblade.net/gold_path/data/comd/100932.htm

7.  LOCAL HUMAN DEVELOPMENT.  Changing a community’s story about itself, enhancing its physical appearance and infrastructure, and structuring forms of local leadership and cooperation were key.

8.  FRAMING, FUNDING AND OTHER FORMS OF EXTERNAL SUPPORT.  HDP’s called forth support from companies, clubs, government agencies and even international development agencies.

9.  THE ROLE OF THE AUXILIARY.  A small team of Institute staff and volunteers lived in the community, working and living side by side with local residents, aimed at being a catalytic presence in the community–and working themselves out of a job as rapidly as possible.

10.  EVALUATING HUMAN DEVELOPMENT PROJECTS.  A variety of approaches, external and internal, based on hard numbers and soft stories were applied to gauge success.

11.  THE SINGING OF HUMAN DEVELOPMENT PROJECTS.  The human development projects inspired over 100 songs.

12.  CLUSTER DEVELOPMENT AND REPLICATION SCHEMES.  In places where the human development projects created excitement and interest, the institute experimented with various forms of leveraging the successes in the initial project site to catalyze development in other communities and the region.

13.  THE INTERNATIONAL EXPOSITION OF RURAL DEVELOPMENT with ICA as organizing sponsor was implemented in partnership with a number of UN organizations, and involved practitioners in 65 countries in a three year process to identify Approaches That Work in Rural Development.

15.  HUMAN DEVELOPMENT TRAINING INSTITUTES were developed and offered in human development sites around the world as a way to share this human development approach.  In each training school, the critical “teaching” was done by the host community and its residents as they showed and told the reality of what they had done.  http://wiki.wedgeblade.net/bin/view/Main 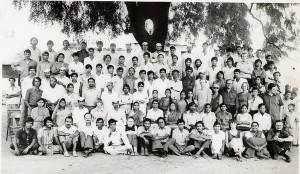