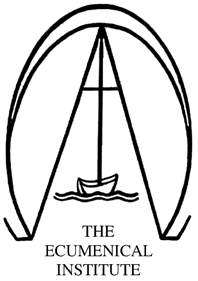 After World War II both the Second General Assembly of the World Council of Churches and Vatican Council II began to review the critical issues then facing the Christian Church. At the 1954 meeting of the World Council of Churches in Evanston, Illinois, a resolution was made to begin a centre for the training of laymen in North America, taking as an example the existing Ecumenical Institute of Bossey, Switzerland. In 1956 Christian businessmen in Chicago founded the Evanston Institute of Ecumenical Studies and invited Dr. Walter Leibrecht to come from Germany to be the director.The EI had three emphases: rethinking the mission of the Church, lay movement involvement, and the movement of ecumencity.  Dr. Walter Leibrecht was the first director from 19xx until his resignation in 1962?

In 2021 Isobel Bishop tells these stories about the beginnings the Ecumenical Institute in Australia:

“Like many of you, I have greatly enjoyed the reminiscences of the early stories of the Ecumenical Institute, shared lately. It sparked off in me a bit of memory in how the Movement began here. Others will have their “take “ on how it ran, so this is my own bird’s eye view! Please add what I have missed, Aussie folks 😊🌻

Australian Frontier was a group established about 1962/3. The Director was a Minister of the Congregational  Church, the Rev Peter Matthews. Peter had connections with the South African scene. Australian Frontier was  based in Canberra. From 1965-7 they  ran courses across Australia and in January 1967 Jim Bishop and Jonathan and Janeen Barker attended the third and last of these national courses with other clergy  and laity. The Barkers were on their Honeymoon!

One wonders how Joseph Mathews heard about the Australian Frontier, as there was no internet or much connection in communication back then. Joe Matahews, Joe Slicker and Aimee and Frank were present at this January event, held in Wesley College within the University of Sydney. Invitations were extended by a small group of clergy  and laity for Joe to return early in November ‘67. Joe, Joe Slicker and the Hilliards (or was it the Busses)? all returned and taught courses,  beginning in Perth ( the Barkers and others who had attended the event in Sydney were in parishes there), and all across Australia, in the capital cities, eventually arriving in late November in Sydney.

A decision was made to launch EI in Australia. There was a large Conference  in Orford south of Sydney,in early December 1967, and in January 1968 the first National Conference was held at ‘Nunyara’ in Adelaide. Sarah snd Fred Buss and their small children as well as Don Clark remained after the Conference; and we began the first Religious House in our Manse in Paddington where Jim was the Presbyterian Minister. The Buss family lived in a House  in Redfern and Don lived locally in Paddington. We met every weekday for Daily Office in Redfern in a local Church and taught ourselves RS1. We ran Courses across the nation, for clergy and laity. Other Religious Houses followed, until there was a House in every capital city. Many American colleagues Iived in the Houses over the following years.

Jim left the Parish after eleven years; and the Bishop family moved to Chicago for the following eight years. The Ogilvy and Bishop family attended S’68 in Chicago. I recall very clearly a very friendly and welcoming face of dear Joe Crocker, as he  registered us for the Summer programme.

An unforgettable journey. I marvel at the Holy Spirit ‘moving across the face of the waters’, from here to the US, and how Joe was such a part of connecting us all together. I was a member of the Panchayat in 197; and when  Joe died, I was sent back to Chicago from India to attend his funeral.
As I returned to Maliwada, it was my job to take around the village the Order of Service for Joe’s Funeral. You remember the stark Congolese Cross on the cover. The young blue shirts said to me, “Don’t hide your cross from me. You be a good Christian and  I’ll be a good Hindu.”  People said of Joe, “The sun has left us” and “A light has gone out”. These statements have always remained with me. My life was transformed again and again by the local church consults, the town meetings, the village development consults, the Human Development Training Schools and more. I met so many wonderful colleagues along the crimson line.”

In 1965 CBS News sent a film crew to the EI campus to film a 30-minute program for ‘Look Up and Live’, their Sunday morning religious program. This show never aired. Nevertheless, Len Dresslar acquired a 16 mm B&W print that made it into the Order Archives. CBS News never heard of this program so they have no copyright interest in it. The film is available on YouTube – titled “The Bold Community” – and includes the 5th City appearance of Mayor Daley.

Participating in a worldwide spirit movement