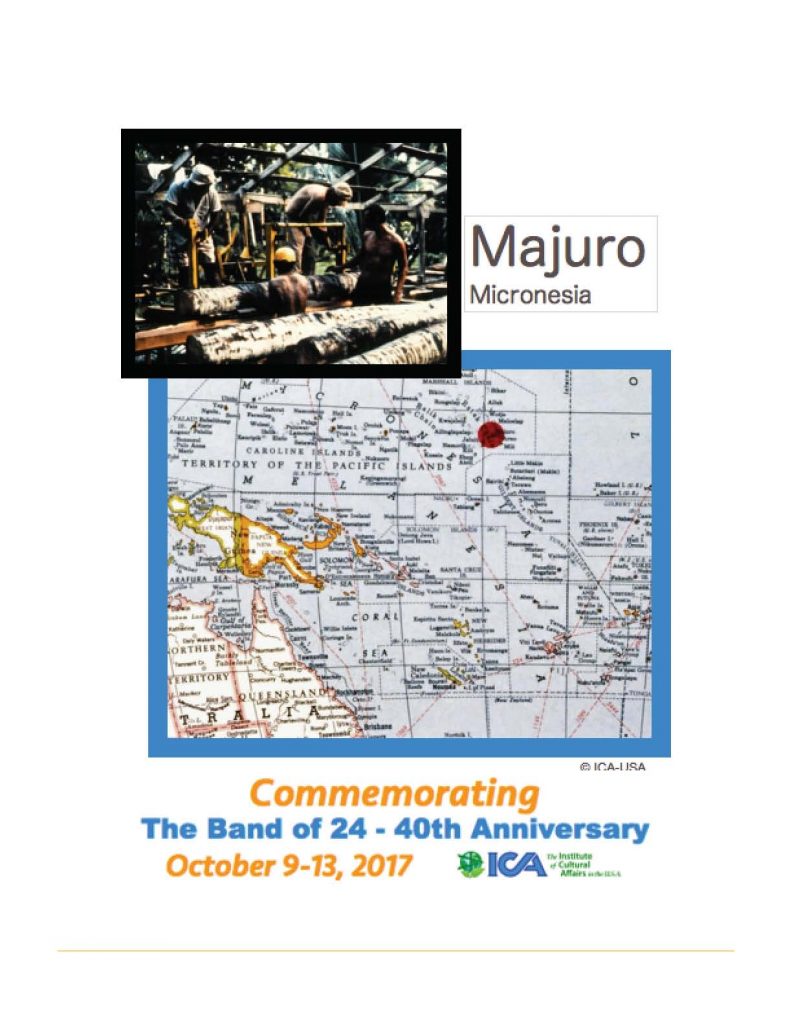 The Majuro Consult was an initiating step toward a comprehensive local development project by the people of the Marshalls, one of the three island groupings which comprise Micronesia. The Marshall Islands are located north of the equator in the heart of the Western Pacific and occupy one million square miles of ocean approximately half-way between Japan and Australia.

The Marshalls Human Development Project (MHDP) was a comprehensive effort that involved both the social and economic advancement of the islands. The intention was to significantly upgrade the islands’ economy; to provide functional structures for practical training and social participation in development efforts; and to transpose their ancient heritage into forms relevant to the challenges of the twentieth century. The MHDP was seen as a pilot program that could be replicated in other districts of the Trust Territory and might be of signal value as a pilot effort on behalf of all 2,000 tiny islands and atolls which comprise the Micronesian trust as well as other communities in critical need across the world.

The people of Micronesia stand at the threshold of a new phase in their history. Their social development has been both encouraged and aggravated by five centuries of colonial subjection to a succession of foreign nations. This ended after World War II when the Islands fell under United Nations mandate and the United States assumed the role of trustee. Since that time both national concern and local vision have given momentum to an emerging new direction for the future of the Pacific Trust Territories: the development of a dependable market economy and inclusive social renewal. Appropriately, this reconfirms the United States’ intention to function as the guardian of Micronesia’s welfare and continued growth in progress and self-determination.

The Marshall Islands represent one of the six districts of the Trust Territory of the Pacific Islands and are comprised of twenty-one inhabited coral atolls. Half of the Marshallese people who inhabit the approximately seventy miles of exposed land are under eighteen years of age. Approximately fifteen per cent of the adults are employed for wages; the balance are either engaged in subsistence work forms or are unemployed.

There exists within the Marshallese a remarkable determination to build and, a deep desire to alter the nature of their home from a collection of remote, fragmented outposts to a productive social entity which contributes creatively to the mainstream of world culture. In and through such people there could well be realized a new manifestation of the Pacific Island peoples’ ability to shape a new time.

Leah and Lee Early share stories of living and learning in Majuro in the 1970s: