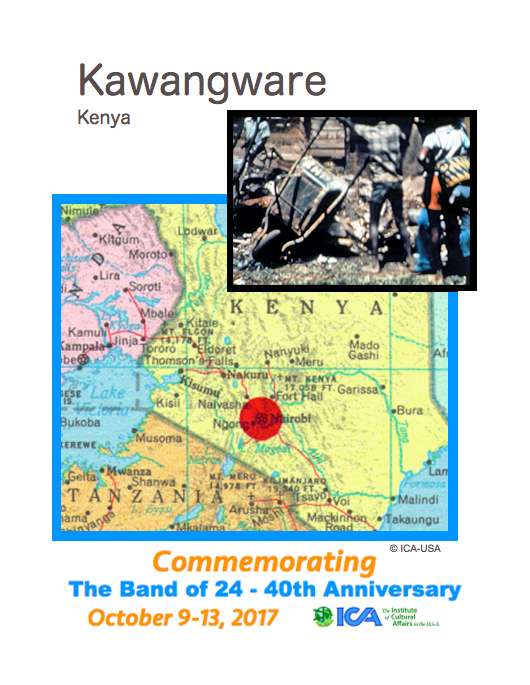 The Kawangware Human Development Consult was the initial step of a comprehensive development demonstration by the people of Kawangware. Kawangware is an urban village, situated five miles west of the centre of Nairobi on one of the main roads leading into the city. It displays many qualities that make it similar to rural settlements elsewhere in Kenya.

The development project is a comprehensive effort that involves both the social and the economic development of Kawangware’s people. It was conceived with the collaboration of members of the local community who did the planning and actualization of the programs. Their intent was to dramatically upgrade-the economy on the local level; to improve and modernize facilities and services; to provide the practical training necessary for realistically enabling full employment; and to fully realize the social cooperation implicit in “Harambee”, the Kenyan spirit of local self-help.

This demonstration project was seen as a pilot program, the methods of which could be replicated in other parts of Kenya, thus being of service to the development of the whole nation, as well as to other nations. From the beginning of Independence on December 12, 1963, Kenya has focused its attention on national development through local participation. Harambee, as both the national theme of “let us build together” and the local vehicle for self-help, has become the spirit of Kenyans in building their nation. Harambee takes place when a village or local community decides to create a social service that is needed – a school, a road, or a health centre – and builds the needed service with its own labour and resources.

When the project. has operated successfully for a year or so the Government then enacts a policy of gradual subsidizing with additional materials, expertise and funding. The expressed intent of Harambee is threefold. First, it is a vehicle of self-support for a community which seeks to build needed services. Second, it is a grassroots development scheme that involves everyone in their local situation in taking responsibility for building not only his community but the nation as well. Third, it is a program aimed at creating corporateness by encouraging local decision-making and community consensus.

At a time when all over the world the deficiencies of overcentralized planning and decision-making have become only too apparent, Kenya’s unique experience in the practical working out of Harambee over the last thirteen years represents a priceless gift to mankind as a whole. It is at this point that the Kawangware Human Development Project might be of signal value to the Harambee movement.

Kawangware is bounded on the south by Naivasha Road, on the north and west by the Nairobi River and on the east by a suburban community. There is much open land surrounding the immediate area of the village which would be suitable for intensive agricultural development.The people of Kawangware have their own unique history of social responsibility and national obligation. From 1904 to 1959 African farming and land ownership was confined to native reserves. During this period of time, Kawangware and the neighbouring area of Satellite became a principle section of Nairobi in which land was made available for African freehold ownership.

While many residents of Kawangware own their land and homes, the village has experienced rapid growth in recent years as people from all over Kenya have moved into the city. The population is approximately 10,000 people. This rapid growth has radically shifted the economic and social character of the village as all the urban problems associated with a relatively poor transitional area are being experienced.

It is interesting to note that the village’s name, Kawangware, means “place of the Guinea bird,” a creature used elsewhere in Africa to symbolize glory or fulfillment. The people of Kawangware today are eager and ready to demonstrate that in reshaping their village into a place of glory, nationa building at the local level might be symbolized for Kenya, the continent and indeed the world.

Stories of Kenya replication of the Kawangware HDP are under “Replication” .