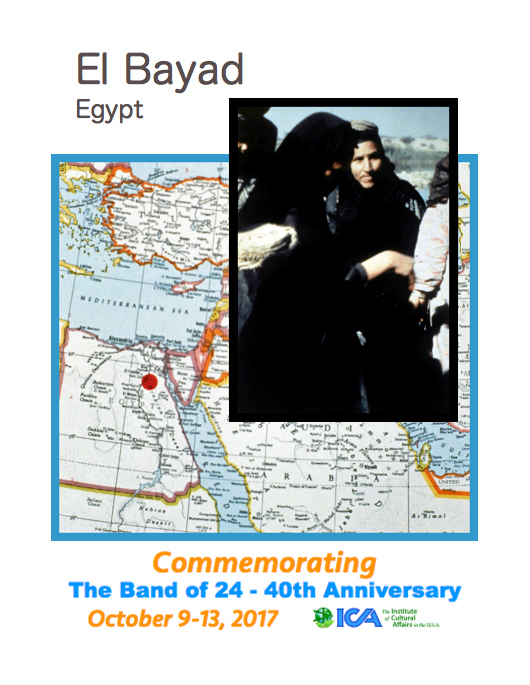 The village of Bayad, meaning “the whiteness”, is located on the east bank of the Nile River. It is one of eight hamlets with a population of more than 10,000. The villagers are descendants of the fellahin (plowmen) who have lived on these very lands along the Nile for the 5,000 years of Egyptian history.

The village is accessible by paved road from Cairo through Helwan, or by crossing the Nile in a ferry or felouka from the city of Beni Suef. The major commercial area is located on the west bank of the River in Beni Suef, as minimal commercial activity takes place in Bayad and its neighboring villages. The Nile is still the major means of transporting goods to and from Beni Suef’s markets. At any moment one can see a string of sailboats,each plying its course between the east and west banks.

Village water for all purposes is obtained from a narrow canal leading from the River along the boundary of the village. Three fertile and largely uncultivated islands representing a total of 750 feddans lie between the west and east banks of the River. A limestone quarry lies to the east of the village and clay deposits suitable for brick making are available.

The livelihood of the village depends on a narrow strip of arable land. Maize, cotton, vegetables and citrus fruits are the staple crops. Turkeys, chickens and goats are raised and kept within the house complex. The houses are lit by kerosene lamps and have ventilation holes near the ceiling. Education is available through the primary school level, but work requirements in the fields preclude further education for most students.