Global Council of the Order Ecumenical

The council in July 1974 was the first full Global Council. All O:E members began wearing of “The Blue,” so-called “order blue” clothing.

In 1974 the number of staff had grown to 1,500, working in over 100 offices in 20 nations with a large percentage of the staff coming from countries where offices had been newly established. Coordinating centres were established in Bombay, HongKong, Chicago, Brussels and Kuala Lumpur (History).

The first Assignments Task Force was established and worked throughout the month of July to make sure that all locations had staff assigned in the fall. A Global Language School, a program addressing literacy needs, was designed and held in Japan (Grow, 1993).

Kaye Hays, and Fred and Jann McGuire taught English as a Second Language in a Global Language School (1974–1975) in Japan and Korea (Tokyo colleague LeRoy Willoughby.)

Worked to transfer the technology of community development during 1974–79. 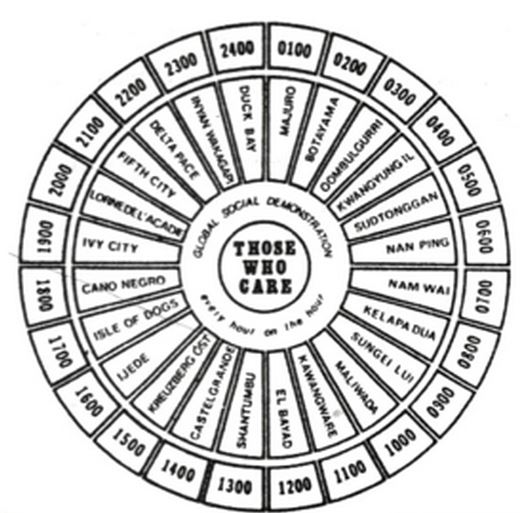 An ICA office was opened in Caracas, Venezuela. Majuro: (1974)—The Trans Atoll Service Corporation (TASC) a wholesale import business sold goods at a small mark-up to mom and pop stores in the Marshall Islands. It trained Marshallese staff in standard business practices. Small businesses were launched to create income for local people in the project: chip factory, farm, shark fishing, and high quality Alele Baskets, which were sold at the airport.

A community development project was started in Kawangware, Kenya.

The Global Panchayat Trek selected the 24 Global Social Demonstration Projects in the Spring of 1975. 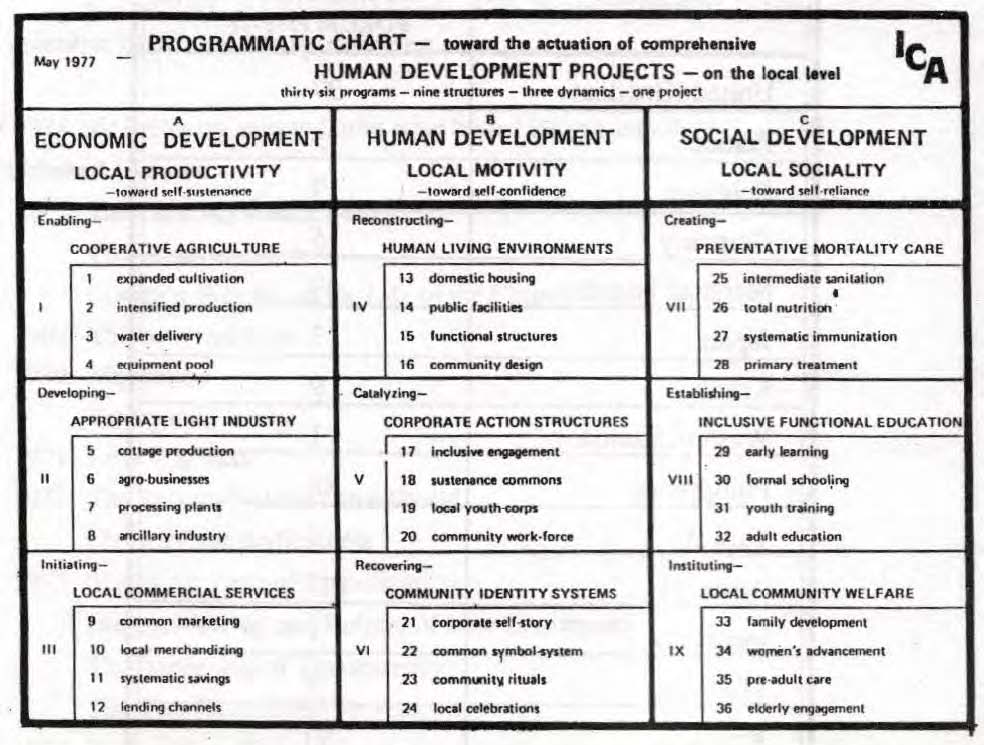