1,000 people participated in the research assembly. Corporate participation in Other World Treks and Other World Visits, and in creating Other World songs. The Watch, the Fast, the Great Ball, and The Waltz were all a part of the summer mythology.*

The image of the wedge blade depicts how the future is built in the midst of the present as the old forms of care that have brought the human being to this present moment pass out of being.

History has always been created by “selves” who had a model, worked together corporately to get it into history and thus altered the direction of history. The activity of this people is always creating the future in the middle of nowhere or out between the “no longer” and the “not yet,” and inviting others to follow. As “Those Who Care,“ change the direction of history, it calls for their lives to be laid down on behalf of that very future they are bringing into being. The people who have been called the “Those Who Care” decide who they are in total solitude with nobody’s approval, and discover others who have made the same decision.

Those who live on behalf of the future have no certainty that what they do is the adequate or necessary act but they perform their deeds in the midst of ambiguity and insecurity.

The one who dares to care for the future receives none of society’s rewards but experiences unexplainable joy and peace that passes any rational understanding, and finally there is no end to the job of changing the face of the globe; it calls for total commitment and requires ones whole life.

Pressure Points in the Social Process

The nine Pressure Points were a way to guide action in order to have an impact on the Social Process in the Cultural, Political and Economic arenas.

Pressure points in the Cultural Triangle

Pressure points in the Political Triangle

• Bureaucratic Systems—breaking through the morass of bureaucracy and looking for new ways to act effectively in society.

Pressure points in the Economic Triangle

The nine Whistle Points were arenas of catalytic action created to help in launching social demonstration projects across the globe. A diagram represented these insights visually. At the heart of social demonstration and at the center of the diagram is a network of active participants:

The human heart of social demonstration

1. a Core of active participants, supported by…

4. Awakenment (programs that brought self-consciousness to people and communities)

6. Demonstration (showing that the impossible is possible)

There are two essential undergirding elements: 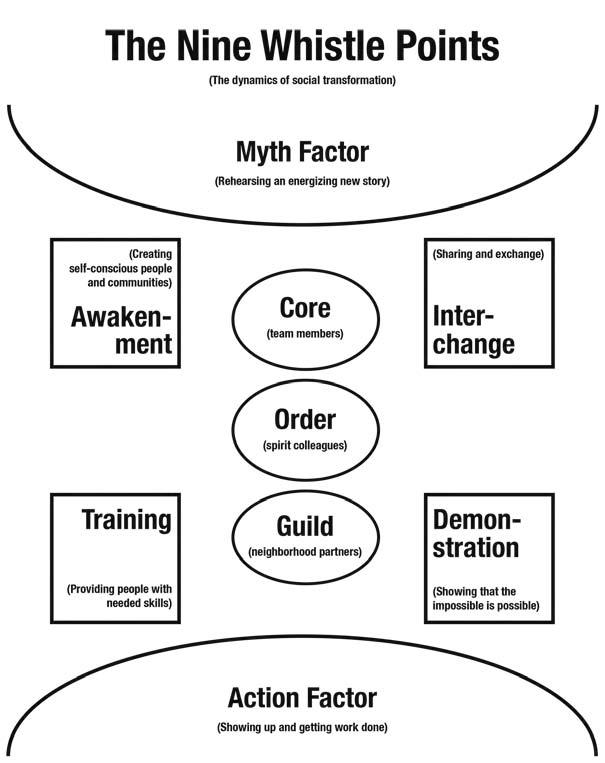 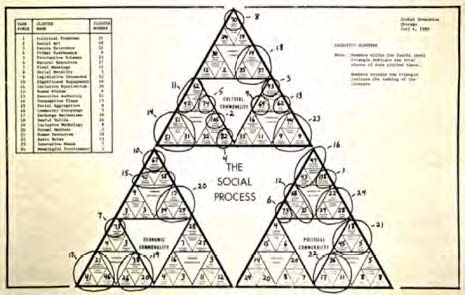 The Other World in the Midst of This World 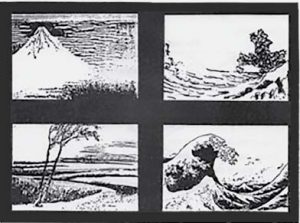 “The Other World in the Midst of This World” was an analysis of inner experience, created to describe inner states of consciousness. The Other World Chart described 64 states of being using ontological metaphors and analogies. This journey of awareness opened up a spacious interior terrain. People wrote secular poetry and a whole new range of singing began with the creation of “Other World” songs.*

If a person persists in examining this interior terrain, a new world may open up, a topography of internal states of being that some have called “the Other World in the midst of This World”.…the Land of Mystery, the River of Consciousness, the Mountain of Care, and the Sea of Tranquility (Edges, 1992).

* See “Other World” lectures, charts, and exercises, plus treks and cabaret materials from the Golden Pathways online. The Catalytic Clusters

The first Religious House was established in Taiwan, during the summer 1972 (Basel Sharp, 1992). The 5th City Preschooling Institute Curriculum Guide and model were completed, for the second time (Bill Grow, 1993).

The boundaries of 5th City are extended north to include the “flip”—40 more square blocks and 20,000 more people.*

• Named and created the image of 54 areas around the globe.

• Experimented with the practice of “Xavierism.”

• An ITI was held in Seoul with eighteen Asian faculty.

• A Global Academy was held in Sidney, Australia (Stanfield, 1993). 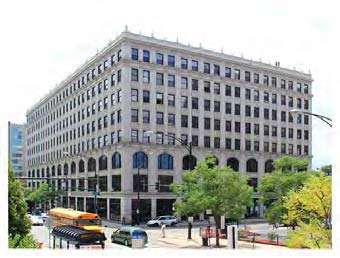 Click to See ICA Greenrise Building for the story of the building and more images.

• Concept of Area and Area Troika was conceived and created.