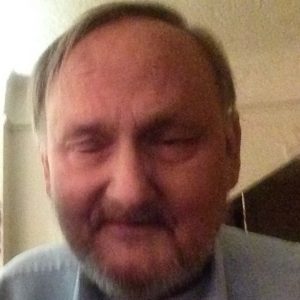 Craig came from Detroit and returned there to operate a locksmith business.  For many years he supported us with issues around the spaces in the ICA GreenRise building, including the removal of the ‘safe’ on the fourth floor.  He had many stories of the struggle to get through airline security with all the locksmithing equipment he would bring to work in Chicago for a weekend.

He was a perpetual seeker.  He staved off a six months to a year diagnosis of lung cancer for nearly ten years by sheer dint of will and his desire to continue his penchant for life research.  His most faithful lock clients continued to call for his assistance because the conversations he had with them changed or challenged their lives.  His son Joe reported that he was ready to let go and that it was a blessing.  Let us celebrate the expenditure and completed life of Craig Brummel.

Ken and I have had a close relationship with Craig for the last 15 years. He spent may weekends helping Ken on our farm in Michigan. Craig was grateful for his time in the Order in Denver and especially, in the Fifth City Preschool and the Academy. He continued his theological quests as he settled back in Michigan. One of his favorite locksmith accounts was a Jewish Rabbi who maintained a large boys school. Craig was there month after month, fixing and installing new locks when they built their new building. The Rabbi has sent a message about their many theological discussions over the years.

Craig is survived by his son, Joe Brummell, and his daughter, Maria Brummel (wife Mary) and two grandchildren, Brendan 3 years and Cora 2 years. When Craig was talking to Brendan on Thanksgiving Day, Brendan was singing Twinkle Twinkle Little Star. Craig joined him and sang along. Brendan was very surprised that his Grandfather Craig knew the song – which he had learned in the Fifth City Preschool in 1969. Some of Craig’s fondest memories were of the Preschool and of working with Jim Campbell in the Penetration Office on the Westside. Craig will be sorely missed and long appreciated.