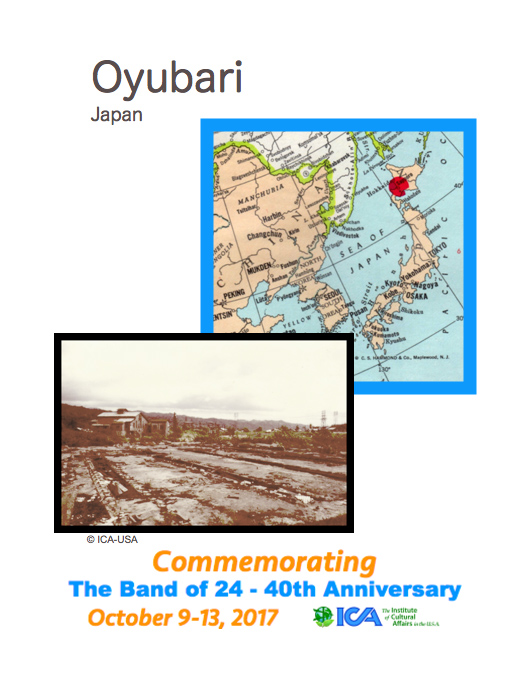 Terry Bergdall talks about what it takes to engage local people

in telling their stories in order for them to become

agents of their own development.

The Oyubari Human Development Consultation was the initial step in a comprehensive demonstration project. Oyubari is located one and a half hour’s drive north-east of Hokkaido’s largest city, Sapporo. It is the terminal for a winding, hilly bus route passing through forests and fields. The Oyubari Human Development Project is a corporate effort in both social and economic development. The project was begun by residents and concerned citizens of greater Sapporo with the knowledge and encouragement of government officials and business leaders. The consultation drew upon the current intent ions of Oyubari citizens to recover their economic base through new industrial employment, extended agriculture and tourism ventures; recreating social patterns in services, social and educational activities; and by reconstructing physical space.

This project is seen as a pilot program, the methods of which can be reduplicated in other small towns and exurban communities in Japan. The nation of Japan stands as a global model of authentic adaptation of international expertise and progress. Early in its history, Japan borrowed from the religions of Southeast Asia and blended them with her own symbolic life. Similarly, the people adopted Chinese art and language styles and added the unique Japanese approach to life.

Most recently, Japan has utilized 20th century technology and I created the hig,hest standard of living in Asia. The rapid develop ment of the nation along modern urban lines is without parallel l among Eastern countries. From a devastated post-war country 30 years l ago, it now stands as one of the major developed nations of the world. I Its meteoric rise is considered an economic marvel. In spite of few natural resources, Japanese business and industry circles the globe with precision products, fine automobiles and increasing investment capital. Recently Japan has participated in Western summit confer ences with other globally developed countries.

A closely defined education system has produced a high percentage of university grad uates and one of the highest literacy rates in the world. Academic accomplishment is a key prerequisite to rising in the Japanese economic system. Unique policies such as life-time employment, company travel tours, bonuses and team work lie at the heart of economic growth and give rise to employees’ unabashed loyalty to the company. The government is implicitly trusted and the assurance of full employment has made local self-help proiects either presumed or expected.

The needs of every small section, or cho, are specifically met through the domestic police force, community organizations and a strong family life. As urban life becomes more crowded, national policy has moved toward developing the outlying regions. Consolidating residential areas and simul taneously dispersing industry to form ‘intermediate cities’ is a national effort. Using the process of consensus in the midst of devotion to the nation state, the Japanese have developed a corporate unifying power as one nation that is unheard of in any other nation in the world.

The daily ritual life is a constant reminder of this power which extends to the smallest child bowing with his classmates as the teacher enters the room. It is seen as well in the self-effacing reserve that waits for the group to decide before moving with resolute strength. The Oyubari Human Development Project is a way to implement Japan’s desire to redevelop its outlying areas and to demonstrate to the world the power of local people to shape their future. An eighteen-hour train-boat ride or a one-hour flight from Tokyo will bring travelers to Sapporo, on Japan’s northernmost island, Hokkaido. Hokkaido’s 83,000 square kilometers are similar in climate to the northern regions of Alaska, Canada, Siberia and Scandinavia.

The winds from Russia’s Siberian plains bring Hokkaido greater snowfall in winter than in northern Europe. Snowy mountains, vast undeveloped lands and grizzly bears characterize Hokkaido. Formerly, Hokkaido was a refuge for outlawed samurai, and the land of the Ainu people, now becoming extinct. In more recent history, Hokkaido has been populated by an influx of settlers from the overcrowded island of Honshu. The southern coast has been developed industrially, especially from Hakodate eastward to the new port at Tomakomai. Hokkaido now exports 126 items including food, iron and steel, wood pulp, paper, lumber and lumber products to 68 countries.

During the short spring and summer seasons, dairy, rice and vegetable farming is undertaken, and the surrounding sea yields its marine resources. Sapporo gained world-wide attention during the winter Olympics in 1972. Due to the expansion of hotels, shopping areas, tourist attractions, and new industrial areas, the population of Sapporo has reached 1.5 million. It is the political, economic, cultural and educational center of Hokkaido, and the fastest growing city in all Japan. Modern city planning has created streets and subways in straight lines, so unlike older Japanese cities. Japanese and foreign tourists and businessmen fill the 50 jumbo jets flying daily to Chitose Airport. They come for skiing, golf, hot springs, mountain climbing, and visiting the many national parks and winter snow festivals. Hokkaido’s vast, undeveloped areas challenge pioneering Japanese to evolve new models of an authentic Japanese society independent of the pressures of overpopulation and the social expectations in the urban areas of the south.

The Ainu aboriginals first named Yubari, “a place of minerals”, and, for the past 70 years, the area has been known for its primary resource: coal. At its peak, ten years ago, fifteen mines made Yubari the greatest coal-producing city in Japan. With the mines and population growth came utilities, mining railroads, schools, hospitals, small businesses, and recently, a paved road. But times have changed the basic economy. The coal-mining companies and the nation of Japan have found that mining veins of coal 800 to 1000 meters deep is a costly business.

In Yubari City, the fifteen coal mines have dwindled to fivei the population from 120,000 to 44,000. In spite of coal-mining operations, the natural beauty of the area remains unblemished. The people of Yubari, including the aging miners, are eager to stay and rebuild the economy by utilizing already available resources and services. A river dam was built a few years ago to irrigate nearby farms and to furnish needed electrical power. The forests are virtually untapped. Mount Yubari and the heavy an nual snows already attract 30,000 tourists a year. Cleared land is available for growing farm crops and new trees. Dairy cattle and fishing banks are an hour away.

Thirteen new industries, ranging from plastics and picture frames to mushroom cultivation in abandoned mines have been initiated. However, it is the inventiveness of the local people which constitutes the greatest resource and guarantee of the future of Yubari. One-half hour by car from the center of Yubari City in a valley at the foot of Mt. Yubari, is the town of Oyubari. The name means “big mineral” and holds the promise 48 years ago that Oyubari would long prosper as a mining community.

The town begins in the south near the recently built irrigation and hydro-electric dam, and runs north through the valley to an abandoned mine at the end of the road. The western boundary is formed at the base of densely wooded hills; the eastern boundary follows the meandering course of the Shuparo River. Oyubari’s history has been dominated by the Mitsubishi Coal Mining Corporation which first settled the town. The company mined its millionth ton of coal during the boom years following World War II, when the population grew to 13,000. The major recent event occurred four years ago, when the closing of the mines occasioned an exodus of 4,000 people from Oyubari in two months.

The present population of 2,700 is still supplied with basic urban services: electricity, water, sanitation facilities, telephone, medical dispensary and regular bus service to Sapporo, a full complement ets of education facilities, a bank, a library, and three bath houses. City police and fire protection services are present also. The high elevation and Siberian winds bring heavy snowfall and severe cold , from September to May. Snow removal from rooftops and private path rks ways is a daily three to four-hour task for most residents.

Overhead steam-heating pipes to Mitsubishi buildings and thrice daily sirens to signal shift changes at the Nambu mine are constant reminders that Oyubari has been a company town. With the mine-closings during the past 10 years and the subsequent drop in population has come vacated houses and stores, half-filled schools and apartment buildings, boarded-up public buildings and random patches of open land dotted with stacks of weatherbeaten wood. The overall eff;ect is that of a half-deserted ghost town. With further mine-closings imminent, the elders, 500 children, the remaining three hundred miners, and those engaged in service occupations are deeply concerned about the future of Oyubari. Most residents wish to stay. A Community Development Committee, the introduction of wood-products industries, and the small-scale beginnings of a tourist trade indicate the decision of the people to recreate Oyubari’s reason for being and to rebuild its future.