The Academy was held simultaneously in five locations, including the Chicago campus.

Joseph Hsu from Taiwan was the first international intern. He stayed a full year and participated in the Academy fall, 1969, and lived on the Westside (Basil Sharp, 1992).

The Urban Academy was held in Teutopolis, Illinois.*

Urban Academy held in the retreat house of a religious order North of Chicago in Norwood, George West, Dean.

The Urban Academy did not go well when the ghetto was so accessible for distraction, escape and drugs. Teutopolis was a small Southern Illinois town. Wests were the only white faces and “rejected” by the “radical” fringe of the participants (believed to be Black Panthers) who turned their backs when we presented (George West, 1992).

The Urban Academy was renamed the Black Academy and was held in a retreat center in the middle of a cornfield fifty miles west of Chicago.

Seven more Religious Houses were established, four of which were outside North America in Sydney, Apia, Singapore, and Osaka.

The Intensification of Training and Demonstration

Training was intensified across the globe. Across North America, a second, third, and fourth Academy were taught, with 386 people attending.

A Summer Training Institute was held in Melbourne, Australia (BrianStanfield, 1993).

First International Training Institute, (ITI) was held in Singapore. This was training for indigenous community leaders. The ITI had 102 participants from 16 countries and a staff of 11 Westerners and 1 Asian. This was a key awakenment tool for the church in Asia, Latin America, and Africa (the ecumenical institute, 1970).

The 5th City Preschool reached capacity enrollment. Renovation and expansion of facilities had to take place in order to serve the 500 preschool aged children in 5th City (the ecumenical institute, 1970).

The [5th City] Health Outpost opened in 1969 and by 1970 had two full time physicians and a community staff of five. The outpost served a community of around twenty thousand people and provided health care for immediate needs and a comprehensive program of preventative health care (the ecumenical institute, 1970).

The Global Youth Forum was developed as a one-day think tank for teenagers. It provides youth with ways to consider the question of responsible action and gives youth fresh images of their present situation and future possibilities.

Corporate study of Karl W. Deutsch’s The Nerves of Government: Models of Political Communication and Control.

Imaginal Education explored the concept of changing images and paradigms. 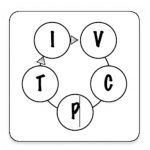 Charles and I arrived in England on Easter Monday (March 30, 1970) to initiate E.I. work in the UK by networking graduates of courses taught the year prior to [our] arrival (Doris Hahn, 2014).

The North Shore Cadre,* a group of people committed to the work of the Ecumenical Institute, went on a global trip.

The image below of a 34-day Global Odyssey to 13 cities is from a personal reflection, “My Journey,” written in 1969, perhaps for a “Becoming Global Citizens” workshop 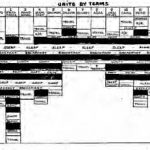