Austin to Evanston.  Joseph Wesley Mathews ( JWM) was a graduate of Perkins School of Theology at Southern Methodist University in Dallas, Texas, and, from 1952–1956, a professor of Sociology of Religion at Perkins. In 1956 he and his wife Lyn, joined the Christian Faith and Life Community (CFLC) in Austin, TX, where he served as Director of Studies.

You might say, in order to symbolize the difference between Walter
Leibrecht and Joe, that in 1960–1964 there was a “corporate faculty.” Also,
the staff was greatly enlarged. Leibrecht’s idea of a curriculum was more
along the lines of Church History. He brought in professors from the
seminaries as well as ecumenical thinkers. But his methods were for us to
buy books and study them, chapter by chapter. The corporate faculty was a
“first” also

Seven families and their children
moved to Evanston in 1962

Evanston. When Dr. Leibrecht returned to Germany in 1962, the Church Federation of Greater Chicago took responsibility for the centre and reorganised it under the name of ‘the Ecumenical Institute’. The Federation invited Dr. Mathews of the Christian Faith and Life Community to become the Dean. Seven families from the Christian Faith and Life Community decided to join him there to form a corporate teaching staff. These families came as volunteers without a salary. They continued to develop the curriculum for local congregations while researching the form and meaning of contemporary Christian community. After studying the forms of corporate life of the historical religious orders, the staff began to model the community after the ‘third’ order or family orders, emphasising a corporate life style of worship, study and service. This was the origin of the Order Ecumenical* (History). 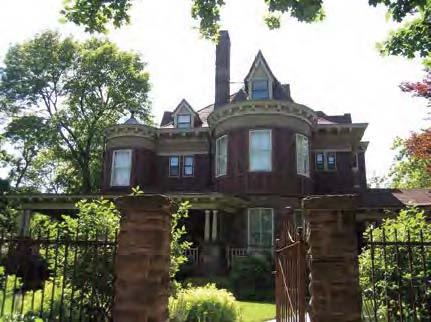 In June 1962 the first six families moved into…the stately Knabe Mansion (built by the famous Knabe Piano Family) at 1742 Asbury with Frank Hilliard volunteering (he was still at Perkins) as a truck driver.…It had six bedrooms, the loveliest collegium room in North America, and a huge carriage house. Sarah and I got married on July 21st, we took nine days to drive to Chicago from Ozona, Texas, and [the 7th] family …moved into the master bedroom (38’x26’)…which they had saved for the newlyweds

* See “Fred Buss on early days of the Order” and The Order Ecumenical: A Collection of Brief Essays
on the Dynamics of Order Polity on the Repository website.