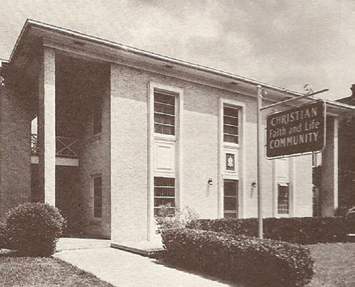 The Faith and Life Community and the Campus Ministry were inspired by visits to the sites in Europe of the lay movement that was a response to the horror of the second world war, calling into question the role of the church in society and affirming the need for the laity to be theologically competent (George West, email 3/18/2014).

*These articles are retrievable online. See